Seminal, New-York-based Indie, Next Plateau, began in the early 1980's and immediately attracted trendsetting writers and producers, such as John Robie, who had a major hand in introducing Electronic Music to American dance floors through his productions of C-bank's "One More Shot," and "Get Wet," as well as his groundbreaking "Planet Rock" record. The company transitioned into the 80's emerging Latin Dance scene, and signed such luminary acts as Sweet Sensation, the Freestyle Latin trio, with their smash hit "I'm Hooked On You". Next Plateau then advanced onto the burgeoning Hip Hop landscape, and signed some of the cutting edge rap artists and trendsetters of this decade and genre, including DJ Red Alert, O.C. and Crazy Eddie from the Fearless Four, as well as the underground divas that became iconic international stars, Salt 'N' Pepa.

During the 90's Next Plateau made their move into pop, mainstream music by blasting radio hit after radio hit onto the Top 10 of the American and international airwaves, with Paperboy's "Ditty," Sybil's "Don't Make Me Over" and "Walk On By", Boy Krazy's "That's What Love Can Do," KWS's "Please Don't Go," as well as the ever-evolving Salt 'N' Pepa with their numerous hits, including "Let's Talk About Sex," "Push It," "Shoop," and "Whatta Man," along with 12 million album and 15 million single sales.

In the late 90's the company was sold to Polygram/Universal.

Next Plateau was restarted in 2004, and with his ear still to the street, company founder, Eddie O'Loughlin, discovered Latin Hip Hop twins, Nina Sky, whose debut single "Move Your Body" was a Top- 5 mainstream, worldwide hit; Next Plateau has once again become the home of Electro, Dance and Trance recordings percolating at the clubs. Today, the company is firmly established as a destination for DJ's, producers and artists.

Always poised to discover and recognize the next cultural/musical moment, as exemplified by being the catalyst for bringing the new, hit TV show, "THE VOICE" as well as Madcon with their gold-selling single "Beggin" to Universal/Republic Music Group, Next Plateau's Eddie O'Loughlin has an A&R consultancy role in selecting the artists, songs and producers for this enormously successful NBC Television show, now firmly the number one TV show on Monday and Tuesday nights.
FOUNDER Eddie O, as he is known, is a member of ASCAP, a voting member of the Rock and Roll Hall of Fame, and the Grammy organization, NARAS. Currently O'Loughlin is the Talent Producer for the # 1 hit TV show in the America "THE VOICE", a show Eddie discovered for Universal while seeking talent in Holland. Eddie also serves as the Lead A&R person for Universal/Republic Records Voice winners albums. In addition to discovering and overseeing singers, producers and songs for this show, Eddie is the creative driving force behind Next Plateau's rise to being one of the leading U.S. EDM Music labels in the US. Eddie's intuitive feel and passion for new and developing artists is legend.
PRESS 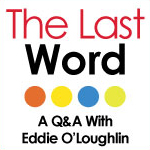