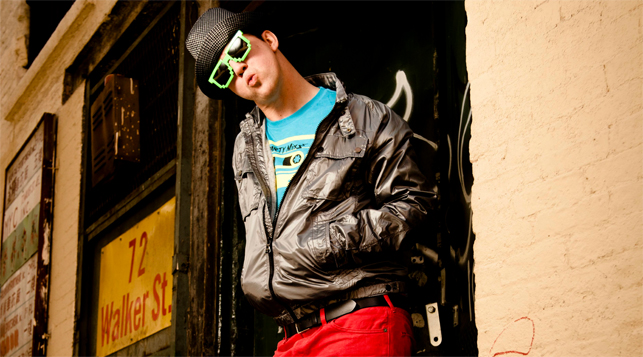 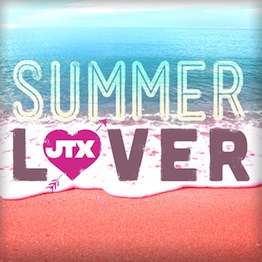 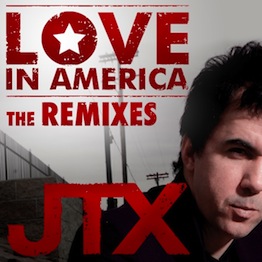 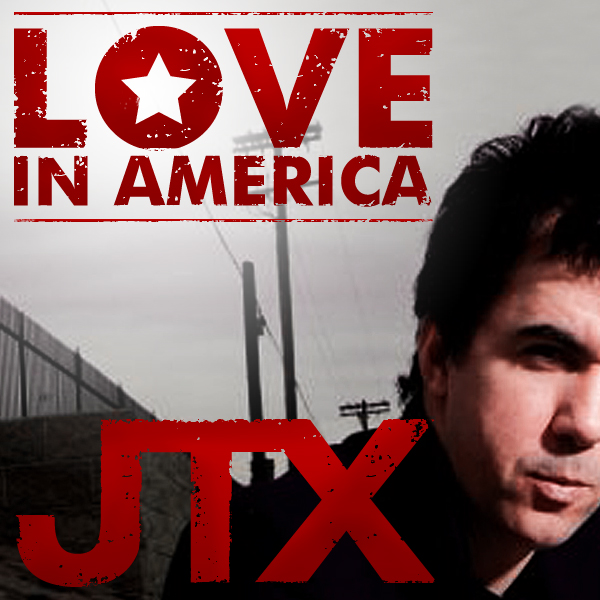 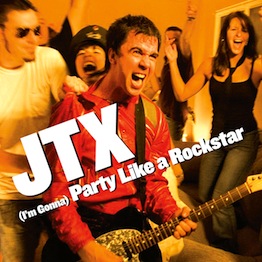 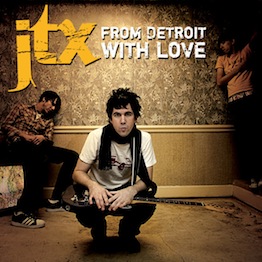 PROFILE
Born an orphan, JTX gravitated towards music at a very early age. Endless hours of singing along to the radio and watching MTV convinced him to put together a band and start writing songs. He may be a proud product of the Detroit music scene, but his career path has certainly followed more of a Hollywood-style plot line.

After grinding through the regular rock band regimen of rehearsals and high school gigs in Michigan, JTX ran away to Los Angeles. While working at a record store, he answered an ad for VH-1’s “Rock N Roll Jeapardy” and won! With the prize money JTX produced his first demo that made it's way into the hands of rock superstar, Marilyn Manson, who offered JTX a job as his personal assistant on tour. JTX immediately accepted this proverbial call to adventure.

For a year, JTX traveled the globe with Marilyn working hard and writing songs all along, but was fired for trashing a dressing room on the Ozzfest tour. The now legendary Manson stint led immediately to another tour offer; this time it was with rock radio giants, Linkin Park. While on the road, members of Linkin Park heard JTX working on his music during some down time backstage. Even though the songs were only simple acoustic renditions, the band was so fired up about what they heard that they asked JTX to be their opening act for the next show. One show turned into many more and suddenly, JTX was making nightly appearances in front of sold out arena crowds opening and performing alongside some of the biggest names in rock. Following the Linkin Park tour, thanks to that exposure this Cinderella story line segued into both production and publishing deals for JTX. Since then, JTX’s momentum has only swelled.

JTX' first single "(I'm Gonna) Party Like a Rockstar” lit up request lines and raced up the charts, creating an incredible buzz at radio stations and was Top 5 phone-ins on Sirius/XM. JTX cracked radio markets and topped request lines in dozens of other major cities including New Haven CT, Rapid City SD, Little Rock AR, all over Michigan, and sold out shows with Switchfoot, Bowling for Soup and Unckle Kracker.

JTX’ second single, “Love in America” was featured on the front page of Pop Pick on iTunes and sold over 50,000 downloads in its first 6 weeks alone. JTX just released “Seven Day Weekend” in the summer of 2012-- it is destined to be another JTX hit.
AUDIO
VIDEO
NEXT PLATEAU
SITE MAP
CONNECT WITH NEXT PLATEAU
35 Worth Street, 4th Floor
New York, NY 10013
Map It
+1 212 243.6103 phone
+1 212 675.4441 fax
Home
Artists
Releases
Compilations
Publishing
About
Contact