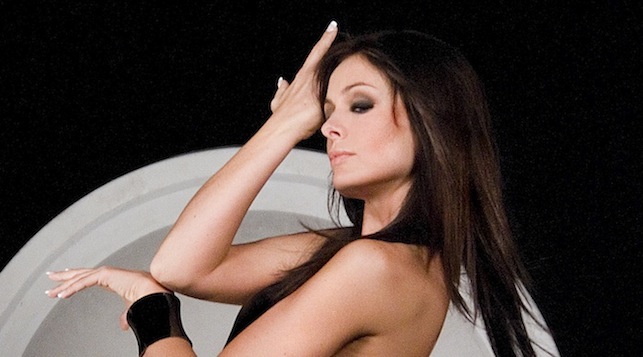 PROFILE
The beautiful Pop diva, Katerine Avgoustakis, was born in 1983 in Belgium. She comes from a very musical family and has played the piano since she was a toddler. In addition to playing the piano, her other passion is singing. As a young girl, Katerine was known in her community as “the girl with the voice of an angel.” In 2005, Katerine noticed a TV commercial for Star Academy, a program seeking new singing talent. She won the competition and signed a record contract with Universal and a management contract with Live Nation.

She became known for her beautiful voice, great pop songs, sexy videos and international allure. Her first single, “New Day,” with Regi Penxten hit gold and so did the follow-up “Here Come All The Boys”. Her debut album Katerine went 2 times gold in Poland. She opened for The Backstreet Boys and Kelly Clarkson and she won several TMF / MTV awards.

In 2008 Katerine changed musical directions into a more dance driven style with the record company Mostiko, and her first new single “Shut Your Mouth” was an instant hit and her big breakthrough, hitting #3 on the charts. Her follow-up, “Ultrasonic,” was another big hit, and “Upon The Catwalk” was chosen as the soundtrack for the popular reality show, Topmodel. In December 2008 she released her second album Overdrive.

Her cover of “Ayo Technology” achieved huge international success and was released in fall 2009 by Next Plateau Entertainment in the United States.
NEXT PLATEAU
SITE MAP
CONNECT WITH NEXT PLATEAU
35 Worth Street, 4th Floor
New York, NY 10013
Map It
+1 212 243.6103 phone
+1 212 675.4441 fax
Home
Artists
Releases
Compilations
Publishing
About
Contact