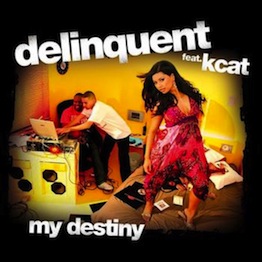 PROFILE
Delinquent consists of U.K. based artists Mike Panteli and Philip Omo. Primarily known for their 2008 smash hit “My Destiny” featuring C-Kat. Delinquent formed in 1999, quickly adapting to the requirements of the music industry; and after a lot of hard work and dedication, the duo finally scored their big hit.

2003 saw the duo burst onto the scene in a big way, remixing for the likes of Jamelia “Bout”, Mis-Teeq “Can't Get It Back”, Jaimeson “Take Control”, Timberland & Magoo “Cop That Disc” and Keisha White “What You Gonna Do”.

In 2004, Delinquent’s success continued when they were commissioned to remix Natasha Bedingfield’s debut track, entitled "Single”. This particular remix was on heavy rotation in clubs across the U.K. They also released underground vocal anthems such as "Like A Feather", "R U Ready" and "Playin' Around". However, their biggest remixes and releases were yet to come.

In 2006, they released two successful underground hits with "Ghetto Queen" and "Circles", as well as remixing for Soopafly and Soundbwoy. In addition to these releases, "Boxers" by Gemma Fox was added to the strong catalogue. In late 2006, Delinquent scooped the Best Producer category at the Muzik 4U Awards, stamping their authority and influence on UK dance music.

Delinquent's most successful release to date is "My Destiny” featuring the sweet, sexy vocals of K-Cat. In 2008 "My Destiny" swept the clubs and commercial radio across Europe and was quite the success in the U.S. released on Next Plateau Entertainment.
VIDEO
NEXT PLATEAU
SITE MAP
CONNECT WITH NEXT PLATEAU
35 Worth Street, 4th Floor
New York, NY 10013
Map It
+1 212 243.6103 phone
+1 212 675.4441 fax
Home
Artists
Releases
Compilations
Publishing
About
Contact