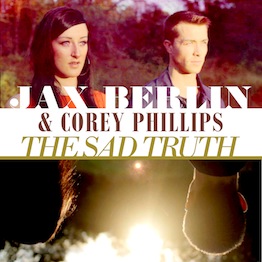 PROFILE
Jacqueline Stenroos, aka Jax Berlin was born in Detroit, MI, but moved to Minnesota soon after and grew up in a small town outside Minneapolis. She began writing songs at the age of 10 and after receiving a microphone as a gift for her 13th birthday, her interest in songwriting skyrocketed.

By the age of 18, she moved to New York City and decided to pursue her career in music more seriously. She continued to write and record music and soon found herself doing interviews with Fox News and New York and New Jersey newspapers. Recently signed by Next Plateau Entertainment, she released her debut single "The Sad Truth" with DJ and producer Corey Phillips.
AUDIO
VIDEO
NEXT PLATEAU
SITE MAP
CONNECT WITH NEXT PLATEAU
35 Worth Street, 4th Floor
New York, NY 10013
Map It
+1 212 243.6103 phone
+1 212 675.4441 fax
Home
Artists
Releases
Compilations
Publishing
About
Contact