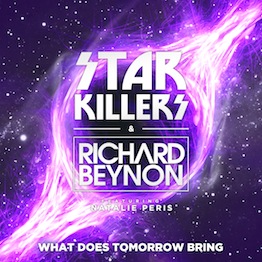 PROFILE
Formerly known as Nick Terranova, Las Vegas talent Starkillers has been cutting a swathe through the bolshier end of the global house music scene over the last few years with his tough-edged, eclectic sound. Blending big hooks and riffs, soaring vocals, thumping beats and mind-bending effects trickery, his sound is the perfect blend of high-octane, fierce energy and accessible appeal. It’s truly at home amidst the contemporary sound of cutting-edge dance music.

“I’m A.D.D” he explains of the hyperactive nature of his music. “I know people always say that, but I really am. I really try not to sound like anyone else or copy anyone. What’s the point in being in this biz if all your gonna do is try and sound like someone else? I do what I think is cool and don’t really care what people think. You’re either a fan or you’re not.”

It’s not about subtlety or tradition; instead it’s a question of pushing technology and sound to their limits, and creating in-your-face tracks with plenty of charisma and attitude. There’s nothing mundane going on here. Pitch bending leads, rugged bass, mind-warping FX, huge builds and drops; everything in a Starkillers track is designed for maximum impact on the dance floor, and his potent blend of electro house groove and sharp trance-laced breakdowns has seen his records signed to huge labels.

“I really just try to make my sound as crazy as I can with out being too far left that people don’t get it” he says. “I try not to pigeonhole myself into one genre so I can change easily and so that it doesn’t come as a shock to my fans when I evolve.” It’s that versatility and open-mindedness that should see him continue to flourish and succeed for years to come, and that will ensure he outlasts less-imaginative peers.

He’s succeeded without the hyperbole that surrounds so many other artists, his popularity speaking for itself with two of Beatport’s Top 25 biggest-sellers of 2009 (including a Number 1 during the same year with his remix of Armand Van Helden’s classic “The Funk Phenomenon”), and more sales smashes over the last few years. Then there’s his “Essential New Tune” accolade from Pete Tong and an IDMA Award nomination for his anthem “Discoteka”, and acclaimed remixes for some of the biggest names in the world, including Robbie Rivera, Paul van Dyk, Paul Oakenfold, Jerome Isma-Ae and iiO. His track with the stunning Nadia Ali and 303lovers’ Alex Kenji,” Pressure”, has received huge support from DJs across the scene and smashed Beatport’s sales charts once again.

He’s a producer with integrity though, so don’t expect to see him producing the latest cheesy chart smash for the newest flash-in-the-pan R&B singer any time soon. If his records cross over, then great; but it’s not something he’s actively trying for. “I really don’t try to make commercial records. If I work with vocals, I try to do what sounds cool. If it come a little more commercial then alright, if it’s darker then cool - but I don’t stress about it. Obviously being more commercial can get you further, but I definitely don’t forget where I come from...the underground.”
PRESS 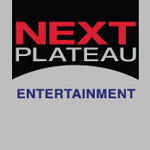