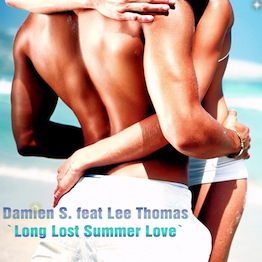 PROFILE
Dutch Producer and DJ, Damien S, has been causing a massive stir ever since he first released his first debut single back in 2008. "This Truth" with Anji Bee from Lovespirals was in fact a rework of their classic. When Loverush Digital first heard the track, they knew there was something special about this release, and they were right. “This Truth” went on to become a huge club classic on the UK Club Charts. This led to the massive "Summerfeeling" with the angelic vocals of Femke again giving Damien S another UK Club Top 10 Chart hit. In 2009 he unleashed the massive "Love Me Or Leave Me" with Marcie (Behind The Lyric) another huge anthem scoring Damien S his third consecutive UK Top 10 Club Hit.

It wasn't until late 2009 he unleashed the massive "Stars Collide" again with Femke and heavily supported by Ferry Corsten. The track then rose to No.3 in the Music Week Club Chart. Even more exciting is that the single blew up in America topping all the Radio Playlists and still is still smashed heavily by the likes of Fusion in Chicago.

In 2010, Damien teamed up with Lee Thomas who performed vocals on the epic "Long Lost Summer Love". Lee is certainly no stranger to the world of music. In the mid-90s he was one third of the Tom Watkins (East 17, Pet Shop Boys) band, 2wo Third3. The band secured three UK National Top 40 hits, but unfortunately split up in 1995. In 2007, Lee reconstructed his music with the massive "Now I Found U" under his former 4Th Child guise, the single swept to No.1 beating Rhianna's "Umbrella" in the Music Week Club Chart. That No.1 victory led him to the collaboration with Maltese DJ/Producer Alvin Gee with the remake of the R.E.M. classic "Losing My Religion".

"Long Lost Summer Love" is a record you will fall in love with right away, a sinister euphoric anthem, haunting vocals and catchy as hell. The single is backed with tasty remixes by Stereojackers, Loverush UK!, Marc Lime & Bastian K and Tom Noize. "Long Lost Summer Love" is already established as a lasting anthem of the summer!
AUDIO
NEXT PLATEAU
SITE MAP
CONNECT WITH NEXT PLATEAU
35 Worth Street, 4th Floor
New York, NY 10013
Map It
+1 212 243.6103 phone
+1 212 675.4441 fax
Home
Artists
Releases
Compilations
Publishing
About
Contact